Following is the list of upcoming election(s) in Israel that will be held in near future. You may click on the election name to view detail about the election of your choice. You may also post updates and your comments on these elections

Following is the list of previous election(s) in Israel. You may click on the election name to view detail about the election of your choice. You may also post updates and your comments on these elections

Snap legislative elections are due to be held in Israel on 17 September 2019 to elect the 120 members of the 22nd Knesset. Following the prior elections in April, incumbent and Prime Minister-designate Benjamin Netanyahu failed to form a governing coalition, the first such failure in Israeli history. On 30 May, the Knesset voted to dissolve itself and trigger new elections, in order to prevent Blue and White party leader Benny Gantz from being appointed Prime Minister-designate. This election was the first time that the Knesset voted to dissolve itself before a government had been formed. - Posted on : 10-June-2019

Elections in Israel are based on nationwide proportional representation. The electoral threshold is currently set at 3.25%, with the number of seats a party receives in the Knesset being proportional to the number of votes it receives.[1][2] The Knesset is elected for a four-year term, although most governments have not served a full term and early elections are a frequent occurrence. Israel has a multi-party system based on coalition governments as no party has ever won a majority of seats in a national election, although the Alignment briefly held a majority following its formation by an alliance of several different parties prior to the 1969 elections. The legal voting age for Israeli citizens is 18. Elections are overseen by the Central Elections Committee and are held according to the Knesset Elections Law. - Posted on : 18-February-2019 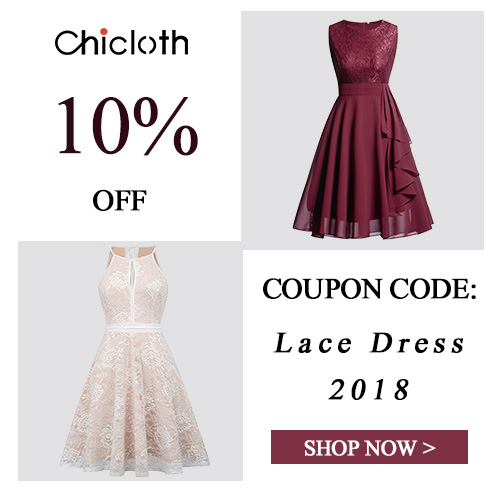 Israeli Prime Minister Benjamin Netanyahu’s ruling coalition collapsed on Monday, with the announcement it was dissolving parliament and calling early elections in April.

Following a meeting of the heads of coalition parties, a statement announced they had “unanimously agreed to dissolve the Knesset [parliament] and go to a new election at the beginning of April”.

Mr Netanyahu’s coalition fell apart over a proposed bill ordering military conscription for ultra-orthodox Jews, just weeks after it appeared on the brink of collapse over a ceasefire deal with the militant group Hamas in Gaza.

Now in his fourth term as prime minister, he will go to the polls facing the possibility of being charged with bribery and corruption in three separate cases. The attorney general has not yet decided whether to act on police recommendations that he be indicted. - Posted on : 25-December-2018

The coming up election which is going to be held in ISRAEL on 2013 January 22 Tuesday. who is the next prim minister in Israel. The whole world looking for this. WE can see there is a big competition among the candidates give many hopes and promises to the people in Israel. The oldest theory of astrology, the result of the election cannot be predicated but in this letter.
I try to give an assumption of the election the theory of Krisnamurthi methods very popular among Asian countries but in European countries solar fire Williaks is popular according to the solar fire Williaks system. On that day the sun rises at about 6.00 clock a.m and depending on that with an experiments the candidate who comes from BANJAMIN NETANYAHU (LIKUD PARTY)candidate ascendent is aries, Nomination and firs election campaingn date also effect to the win of the each candidate ascendent. The election date Mr. BANJAMIN NETHNYAHU planet sun. Lucky at their candidate areis assessments number 01 and sun more powerful .The election day the according to the elevation of Latiude and Magnitude sign the well get more vote and be ask the next prime minister MR. BANJAMIN
NETHNYAHU in israel elected surly. wish all the best
++++ master of astrology K.SUNIL-GALBODA-WATURUGAMA - SRI LANKA - Posted on : 08-January-2013

Early parliamentary elections will be held in Israel on 22 January 2013 to elect the 19th Knesset.

Early parliamentary elections will be held in Israel on 22 January 2013 to elect the 19th Knesset. Originally, public debate over the Tal Law nearly led to an early election in 2012, but this was aborted at the last moment after Kadima briefly joined the government. The elections were later called in early October 2012 after failure to agree on the budget for 2013. - Posted on : 04-January-2013

Labors act of political stupidity paves the way for extremist Israeli government
Yacimovich gave up little, as chances that she would enter a Netanyahu coalition were slim. He would be satisfied with Yesh Atids Yair Lapid as his moderate fig leaf.
With 18 days to go until the election, it turns out our politicians still have rabbits to pull out of their hats.

One was pulled out on Thursday by Labor Party chairwoman Shelly Yacimovich, who did a giant about-face and announced that her party won sit in a government led by Benjamin Netanyahu. The woman who until now had vehemently refused to make such a pledge, terming it "political stupidity," on Thursday espoused the opposite position with equal vehemence.

Thats how it is: Lose four or five seats in the polls and stupidity suddenly becomes beneficial.

Yacimovich chose to sacrifice her personal credibility in an effort - some might say a desperate one - to stanch the loss of votes from her party. Her winking at the right, the settlers and the ultra-Orthodox has exhausted its usefulness: She won get any more votes from there. Meanwhile, she is losing traditional Labor voters who can abide her diplomatic positions and her flagrant disinterest in the Israeli-Palestinian conflict.

Practically speaking, Yacimovich gave up little on Thursday: The chances that she would sit in a Netanyahu government were always slim. Netanyahu doesn like her radical socialism; he would prefer Yesh Atids Yair Lapid as his moderate fig leaf.

Netanyahus problem is that Yacimovichs move has tied Lapids hands. Immediately after she made her announcement, he attacked her for "giving up the fight." But a few hours later, he made his own U-turn, writing on his Facebook page that "its clear" he won join a government "of Shas and the extreme right."

It may be clear, but the fact is that until Thursday, he didn say it.

If Lapid sticks to his guns and refuses to join the government unless either Shas or Habayit Hayehudi is left outside, no one should envy Netanyahu. Granted, thats exactly what he did in 2009, leaving out National Union and bringing in Labor.

But National Union had four seats. Polls show Habayit Hayehudi approaching 15. Leaving it out would be much harder - and the same goes for the ultra-Orthodox parties.

The one who hasn yet ruled out joining his government is Hatnuah chairwoman Tzipi Livni. But she would clearly have trouble doing so - especially if Yacimovich and Lapid are both outside attacking her mercilessly.

Thus while its too soon to predict the makeup of the next government, the chances that Netanyahu will find himself come February heading an extremist right-wing/ultra-Orthodox government definitely grew on Thursday. Knowing Netanyahu, he is undoubtedly not sleeping well right now.

As an aside, all this once again shows how unserious our politics are.

A month ago, Amir Peretz deserted Labor for Hatnuah, in part, he claimed, because Yacimovich refused to promise not to join a Netanyahu government. Now, Livni is the one refusing to promise - but he, number three on her list, is swearing fealty to her. And so is her number two, Amram Mitzna - that same self-declared leftist who, in 2003, vowed not to sit in Ariel Sharons government if it wouldn promise to evacuate settlements. - Posted on : 04-January-2013