The Walton Cantonment Board (WCB) has made special arrangements for sanitation and cleanliness in the area on Eidul Azha.

CEO Walton Cantonment Board Syed Irfan Rizvi and Public Health Officer Muhammad Waris Bhatti informed the media that the WCB area has been divided into seven sectors where 338 vehicles would be deployed for effective sanitation and cleanliness during the Eid days.

He said that a campaign for distribution of 50,000 biodegradable sanitation bags has been launched and these bags are being distributed to citizens so that they could properly dispose of garbage and leftover of the sacrificial animals.

The citizens can launch their complaints through telephone number 042-99220406. WCB CEO Syed Irfan Rizvi and the Additional CEO themselves would monitor the cleanliness campaign during Eid days. - Posted on : 19-July-2021

The Walton Cantonment Board (WCB) has decided to ban biodegradable plastic bags within its boundaries due to the unavailability of proper testing and detection of biodegradability of the plastic bags, Pakistan Today has learnt.

Biodegradable materials are added to plastic bags to allow them to decompose quickly as compared to natural decomposition of plastic which takes hundreds of years.

“A year ago, WCB had ordered us to use only biodegradable plastic bags stating that it was the only way to control plastic pollution. They also frequently visited shops and those who were not following the order had their shops sealed,” Hafiz Samad, a shopkeeper of DHA Phase I told this scribe. - Posted on : 27-September-2019 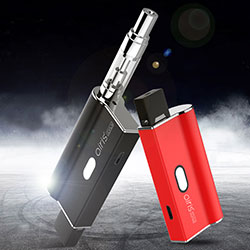 In Walton Cantonment PML-N won nine out of the 10 seats while in Lahore cantonment, it won five seats. PTI won one seat in Walton cantonment while four in the Lahore Cantonment.

In Ward 1 of the Walton Cantonment Board, PML-N candidate Ashfaq Ahmad Chauhdry succeeded with a total of 3032 votes, while PTI’s Ehsan Butt came second with 2,280 votes followed by independent candidate Haji Ashraf who received 940 votes.