A major new report published today lays bare the economic impact of the Covid-19 pandemic on Central London – and the prospects of significant recovery saving thousands of jobs as a vaccine is successfully rolled out.

The report, carried out by consultancy Arup for firms in the central area, models the effect of the virus particularly on businesses reliant on “white collar” footfall, including retail, food and drink outlets, hotels and entertainment venues.

Its “worst-case” scenario, with lockdowns continuing through next year, forecasts an £84 billion hit to the central economy and 117,000 jobs put at risk, while an effective vaccine introduced in 2021 would see more office workers at their desks, the economy boosted by between £22 million and £41 billion, and between 31,000 and 57,000 more jobs safeguarded. - Posted on : 20-November-2020

Sadiq Khan has extended his lead in the London Mayor election campaign to 22 points, an increase of two compared with last month, according to a new opinion poll.

The incumbent Mayor was found to be the first preference choice of 50% of the 2,000 Londoners polled by Redfield and Wilton Strategies, with his closest rival, Conservative candidate Shaun Bailey, static on 28%.

Luisa Porritt, the recently-announced Liberal Democrat candidate, and the Green Party’s Sian Berry are in joint third place with 10% each. Exactly half of the poll’s respondents said they are “certain” to vote in the postponed election on 6 May 2021.

The poll shows that Khan’s support has remained solid for the past three months in polls conducted by the same company, standing at 49% in early August and 48% in early September. Support for Bailey has also remained almost entirely unchanged, standing at 26% in the August poll and 28% last month.

Khan’s high level of support creates the possibility that he could win next May’s postponed mayoral election on first preference votes alone by receiving more than 50% of them, which would be the first time such an outcome had occurred since the creation of the mayoralty 20 years ago. - Posted on : 22-October-2020 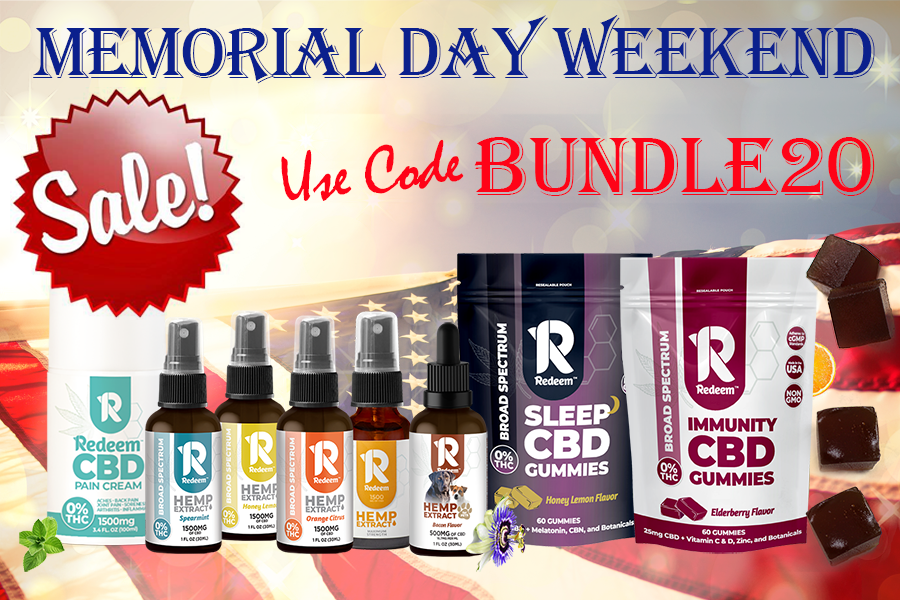 The Mayor of London and Chairman of LEAP, Sadiq Khan, has pledged to help small businesses and community groups in London not only recover from the current coronavirus crisis, but to ensure they are better prepared to future emergencies.

To support this ambition, LEAP has committed £ 1million to a new resilience fund, which is part of the wider London Growth Hub offering. The fund will help small businesses on Londons main streets and many local community groups keep pace with the accelerated pace of change after the pandemic and improve their own resilience to future crises.

Businesses, social enterprises and community groups will be matched with innovators to help them find new ways to deliver their products and services in these new circumstances. There will be grants of up to £ 50,000 to support the design and testing of these innovations.

Examples of innovations that could be supported by the fund range from new ways of capturing data and digital infrastructure (for example, to support the operational resilience of businesses) to ways of using data and technology to identify and address vulnerabilities in supply chains. supply, local production of food or energy.

Organizations that make the best use of data and technology have proven to be more sustainable in times of crisis.

The London Resilience Fund, which is funded by recycled investments secured by LEAPs £ 112million Growing Placed Revolving Fund, is the latest part of the Mayors and LEAPs plan to help small businesses and local communities in London to survive. and thrive after the pandemic. Yesterday the mayor announced that LEAP would use £ 1million to match the money the public has spent on the success of LEAPs Pay It Forward London crowdfunding initiative, and around 200 small businesses are expected to benefit . From the capital.

London Mayor Sadiq Khan said: “The past few months have tested the resilience of London and Londoners like never before. As businesses and communities in the capital adjust to a post-Covid future, it is essential that we learn the lessons of the pandemic and ensure that we are prepared for the future. This fund will help our small businesses and local community groups better prepare for that future.

“Our small businesses and voluntary organizations are the lifeblood of our streets and communities. Many of them are now struggling to survive and I am determined to give them all the support I can. - Posted on : 31-July-2020

Khan called responsible for lack of action in London

SADIQ KHAN has been warned that he is "responsible" for making face masks non-compulsory in London ahead of the governments decision to introduce a rule requiring passengers to wear masks on public transport.
The mayor of London was asked by Charlie Stayt of BBC Breakfast about the introduction of new measures which will make the use of face masks compulsory on public transport. The measure was unveiled by Transportation Secretary Grant Shapps at yesterdays coronavirus press conference and will go into effect on Monday, June 15.
Stayt said, “You are in a responsible position.

"What he seems to be saying is that he could have introduced this earlier, although I dont know what part of the public transport system is not under his control, maybe he can. set up for us.

"But you could have done something sooner."

Khan replied: "The suburban trains to London are not under our control and there are also great concerns that London has a different message for the rest of the country."

“The government has shown interest and I support it, having a national response on the shutdown and the easing of the shutdown. - Posted on : 07-June-2020

London Mayor Sadiq Khan kicks off his re-election campaign with a challenge to Boris Johnson to allow the introduction of rent controls if Khan wins another term.

Khan said the May 7 victory would mean Johnson could no longer ignore the demands of politics as he "would ignore the democratic will of millions of Londoners".

Kicking off his campaign in a development in Hackney on Tuesday, the mayor was supposed to say: “The case for rent control is now absolutely unmistakable. But Tory ministers blocked us from bringing our rent control plans to London and just said no.

“This is why today I am making the May 7 mayoral election a referendum on rent control, to show Londoners that I will stand up for the tenants. The Prime Minister will have to give us the powers we need, because if he refuses to do so he will deny the express democratic will of millions of Londoners. And as we have all heard Boris Johnson say to himself repeatedly, the democratic will of the people must be respected and politicians must not thwart it. "

There are 2.4 million private tenants across the capital, who spend an average of 43% of their income on rent. Between 2010 and 2020, rental costs increased by almost a third in London and the average private rent for a one-bedroom house is now higher than the average for a three-bedroom house in all other regions from England.
Revealed: Private owners profiting from the housing crisis in England
Read more

Khan said his rent control plan would establish a new private rental commission in London, with tenants on its board, to implement and enforce rent control measures. - Posted on : 08-March-2020

London Mayor Sadiq Khan will spend £ 50million on a Green New Deal for London as part of a pledge to make the UK capital carbon neutral by 2030.

The mayor, who will face the electorate in May, said the announcement underscored his commitment to tackle the climate crisis and improve dangerous levels of air pollution in London.

"I make no apologies for the magnitude of my plans for a Green New Deal for London, because we cannot afford not to be ambitious when it comes to saving our planet," Khan told the Guardian.

In the May election, he faces a challenge from Tory candidate Shaun Bailey, former Tory cabinet member Rory Stewart, who is running as an independent, as well as candidates from the Green Party, the Liberal Democrats and the Womens Equality Party.

But in announcing the new fund, which officials say comes from higher municipal taxes and trade fees, Khan insisted Mays election was a "two-horse race" between him and Bailey, and made a direct case for green votes.

"The Conservative candidate and I are the only candidates who can win this election," he said. "That is why today I am making a direct appeal to Londoners who previously supported the Green Party to vote on May 7th so that I can stand up for our common values ​​and take action against climate change." - Posted on : 19-February-2020

Sadiq Khan has launched his candidacy for a second term as mayor of London, promising to travel free on the citys transport for anyone accompanying a person with a disability.

The promise was made on the same day that rail passengers across the country were hit with annual fare hikes, this year averaging 2.7%.

The pass would provide free rides to anyone accompanying a disabled person on all services, including metro, metro and buses.

Despite consistently outperforming his closest rival, Conservative candidate Shaun Bailey, over the past 12 months Khan has come under fire for rising crime rates and knife crime in the capital. His personal popularity rating dropped to its lowest level in the summer of 2019.

Travel is a traditional battleground for mayoral candidates, and transportation and making the capital more accessible is a key part of Khans speech to voters ahead of the May election.

Khan said: “My job is to stand up for all Londoners. I want to make sure that everyone in our city can access our fantastic transportation system and that travel in the capital is inclusive and affordable. - Posted on : 05-January-2020

"This illegal action is extremely dangerous, counterproductive and causes unacceptable disruption for Londoners using public transport to get to work," he said in a statement on Twitter, urging activists to "demonstrate peacefully and within the limits of the law ".

Earlier today, a protester boarded a train at Canning Town underground station in London. He was taken away by angry commuters and had to be defended by London Underground staff and other passers-by, The Guardian reported.

At Shadwell station, 83-year-old Phil Kingston stuck to a train blocking traffic. “I am a Christian and it really bothers me to see Gods creation destroyed all over the world,” he said.

Authorities on Monday issued a total ban on Extinction Rebellion protests in London. Green MEP Ellie Chowns was one of those arrested Monday in Trafalgar Square. She challenges the ban in Superior Court. - Posted on : 21-October-2019