January 6 was one of the saddest days in American history. An incumbent president has incited a crowd of his supporters to attack the United States Capitol, where the Senate and the House of Representatives met in the constitutionally required joint session to count the votes of the constituency. Donald Trumps clear intention in urging this act of violence against the final act of the 2020 presidential election was to stop the counting procedure, thus gaining more time to escape the otherwise unavoidable election result.

This is as shameful as it sounds, but still its just one in a long line of embarrassing Trump acts before, during and after the November election. He lied repeatedly about what happened in those elections, convincing millions of honest and honest people that his opponents committed systematic fraud, in effect deceiving his own supporters. If there is evidence of this fraud, Trump has not yet turned it over to any federal or state judicial or administrative court. According to him, the anti-Trump conspiracy is so vast and so successful that it has left no evidence. Either that, or his campaign had the worst team of lawyers in Anglo-American legal history. - Posted on : 09-January-2021

Vice-presidential debates seldom shake up presidential races, and the face-off between Kamala Harris and Mike Pence on Wednesday night seems destined to be no different.

Both candidates had strong moments, and a few stumbles, over the course of the 90-minute affair. But as far as lasting memories go, they were few and far between.

If this was a match that showcased the futures of the Democratic and Republican parties, the real fireworks will have to wait for the coming years.

An unmemorable result, in and of itself, is good news for the Democrats and Joe Biden, who polls suggest are leading in the race. One more campaign set-piece in the books, and one step closer to election day. These are my takeaways from the debate. - Posted on : 11-October-2020 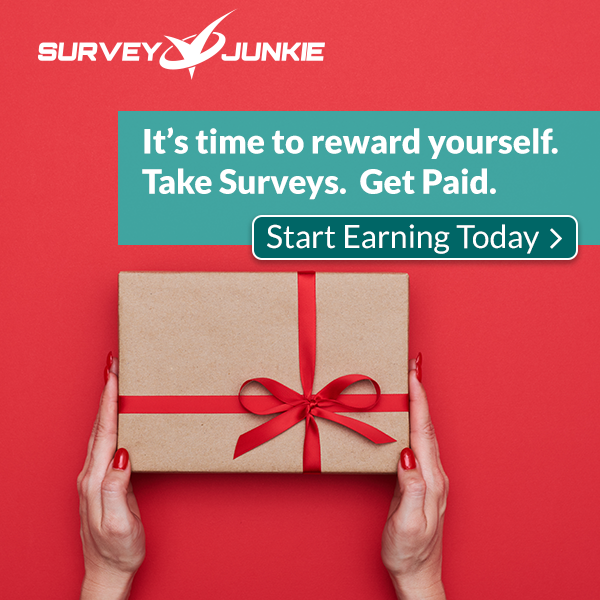 Where does Joe Biden stand on key issues?

As the US faces challenges from coronavirus to racial inequity, his pitch is to create new economic opportunities for workers, restore environmental protections and healthcare rights, and international alliances.
Mr Bidens approach to tackling coronavirus, the most immediate and obvious challenge facing the country, is to provide free testing for all and hire 100,000 people to set up a national contact-tracing programme.

He says he wants to establish at least 10 testing centres in every state, call upon federal agencies to deploy resources and give firmer national guidance through federal experts. He says all governors should mandate wearing masks.
Mr Bidens broader economic policies, dubbed his "Build Back Better" plan, tries to please two constituencies that traditionally support Democrats - young people and blue collar workers.

He supports raising the federal minimum wage to $15 (£11.50) an hour - a measure that is popular among young people and that has become something of a totem figure for the party in 2020, and a sign of its move to the left. He also wants a $2tn investment in green energy, arguing that boosting green manufacturing helps working class union workers, who perform most of those jobs.
On criminal justice, he has moved far from his much-criticised "tough-on-crime" position of the 1990s. Mr Biden has now proposed policies to reduce incarceration, address race, gender and income-based disparities in the justice system, and rehabilitate released prisoners. He would now create a $20bn grant programme to incentivise states to invest in incarceration reduction efforts, eliminate mandatory minimum sentences, decriminalise marijuana and expunge prior cannabis convictions, and end the death penalty.
Though he does not embrace the Green New Deal - a climate and jobs package put forward by the left wing of his party - he is proposing a $1.7tn federal investment in green technologies research, some of which overlaps with the funding in his economics plan, to be spent over the next 10 years, and wants the US to reach net zero emissions by 2050 - a commitment that was made by more than 60 other countries last year. China and India, the two other biggest carbon emitters, have yet to join the pledge. The investments dovetail with his economic plan to create jobs in manufacturing "green energy" products. - Posted on : 10-October-2020

How does the electoral college work?

All 50 US states and Washington DC have a set number of "electors" in the electoral college – roughly proportionate to the size of each state.

Each state gets at least three electoral votes because the amount is equal to its total number of Senators and Representatives in the US Congress. Washington DC also gets three electoral college votes, meaning a total of 538 electors form the Electoral College.

California, the largest state, has 55 electoral votes, Texas, the next largest, gets 38. New York and Florida have 29 each.

All but two states – Maine and Nebraska – use a winner-takes-all system, so if you win the most votes in a state, you take its entire haul of electoral college votes.

To become president either candidate needs to win a majority of the 538 electors - i.e. 270 electors.

The most critical factor to consider when analyzing the Abrahamic Accord is its timing. The Covid-19 pandemic has caused unprecedented damage to the economies of the United States and Israel, and leaders of both countries have been unable to put in place an adequate response to the outbreaks. Millions of jobs have been lost. The health infrastructure has failed to produce the expected results. Trump is even in warmer waters than Netanyahu, who has barely emerged from corruption charges. In America, the Black Lives Matter movement has polarized the electorate in favor of Democrats unless a miraculous campaign changes it. The two leaders needed a diplomatic victory and the UAE was urged to come forward. Without a doubt, the UAE-Israel deal will be used in the United States and Israel to score points and win voters. Links between the UAE and Israel have already been established through secret channels. 2020 was a good time to expose the relationship as a dramatic breakthrough, obviously for reasons unrelated to peace in the Middle East. - Posted on : 25-August-2020

Is Trump trying to sabotage postal service to rig vote?

He sees mail-in ballots very differently, warning several times that he is subject to voter fraud and could corrupt the election, but there is little evidence to support it.

States have rigorous procedures to ensure the security of the ballot.

A recent analysis by the Washington Post of three states that conduct universal mail-order elections revealed a "minuscule" rate of votes that were potentially fraudulent. - Posted on : 23-August-2020

U.S. Democratic presidential candidate Joe Biden has said he will do "whatever it takes" to tackle the spread of the coronavirus in the country, including blocking the United States if deemed necessary.

“I would close it; I would listen to the scientists, ”Biden told ABCs David Muir in a joint interview with his running mate, Senator Kamala Harris, which airs Sunday. "We will do whatever it takes to save lives."

Bidens comments represent the strongest potential action proposed by the Democratic presidential candidate to stop the spread of the virus that killed at least 175,000 people in the United States on Friday night.

President Donald Trump has resisted calls for another shutdown despite an increase in coronavirus cases in many states this summer. Trump and members of his administration have argued that a new lockdown will cause irreparable damage to the economy.

"We wont shut down the country anymore. We wont have to," Trump said in an interview with Fox News in June.

Biden, who appeared in his first interview since officially becoming the Democratic presidential candidate this week, strongly disagreed with Trumps reasoning.

“We cannot move the country until we control the virus. To begin with, this is the fundamental flaw in the thinking of this administration, ”he said. "For the country to continue to function and move, for the economy to grow and for people to be employed, you need to fix the virus."

Most states have allowed businesses deemed essential to stay open after the outbreak of the pandemic, while restaurants, bars and theaters have been forced to close to help slow its spread. The countrys current spike is being fueled by states, mostly in the southern and western United States, which are easing restrictions on non-essential businesses early on - a move that medical professionals say would lead to higher costs. infections. - Posted on : 23-August-2020

US Postal Service head: Mail-in ballots will arrive in time

Postmaster General Louis DeJoy told lawmakers that postal votes will continue to be a priority and that no recent policy changes have been made in an attempt to influence the 2020 election.

The dispute has quickly grown into a major campaign issue over the past two weeks.

DeJoy, a major Republican donor and former logistics chief appointed to head the agency in May, told a Senate committee on Friday that the changes to deliveries, which significantly slowed deliveries, were based on a “data-driven” mail volume review.

He addressed the Republican-led Senate Government Affairs and National Security Committee amid public fury at the changes and fears they were made to help re-elect U.S. President Donald Trump.

During the hearing, DeJoy dismissed criticism from lawmakers who expressed concern that eliminating mail sorting machines and letterboxes would lead to millions of ballots being delivered too late to be counted on polling day.

DeJoy told lawmakers he was "extremely confident" that ballots sent to state election officials seven days before election day Nov. 3 will be delivered on time. - Posted on : 22-August-2020